Today, if one sees wedding photos, it means a wedding took place. If however one does not see photos displaying a white dress, for example, on social media or hanging on the wall somewhere at home, it is as if one had never married. I, personally, have been married for six months. I could never celebrate a wedding. My husband’s mother died on the day of the wedding ceremony. It is for this reason that the wedding was never celebrated. For my Diplom project, I conducted 176 interviews with different people who were either married, intended to marry, decided against marriage, or who even married themselves, in order to graphically present these stories.

For that I travelled to Morocco and Russia and I interviewed people over Skype. My interviewees came from America, Australia, Israel, the Netherlands, France, Spain, Italy, and many other countries. During the interviews I went on wedding travels and experienced the wedding accounts myself. It was a journey into the wedding celebrations of relatives, foreigners, friends, and acquaintances. What resulted is an album of 176 wedding stories. The costs for the wedding planning involved 176 coffees, travel tickets, telephone bills as well as stress. I had 176 guests and was invited 176 times. I have visited wedding shops, tried a wedding dress on 176 times, and things went wrong 176 times. I married myself and I got married to another. I was gay and lesbian, Jewish, Muslim, Orthodox, Buddhist, Atheist, happy, unhappy, blue-eyed, crazy, romantic, in love, forced to marry, too old, too young, and was just right.

Through the illustrations, the stories told became my own past and, in this way, my special day. Creating this album—from interview to illustration—was for me a therapeutic role. 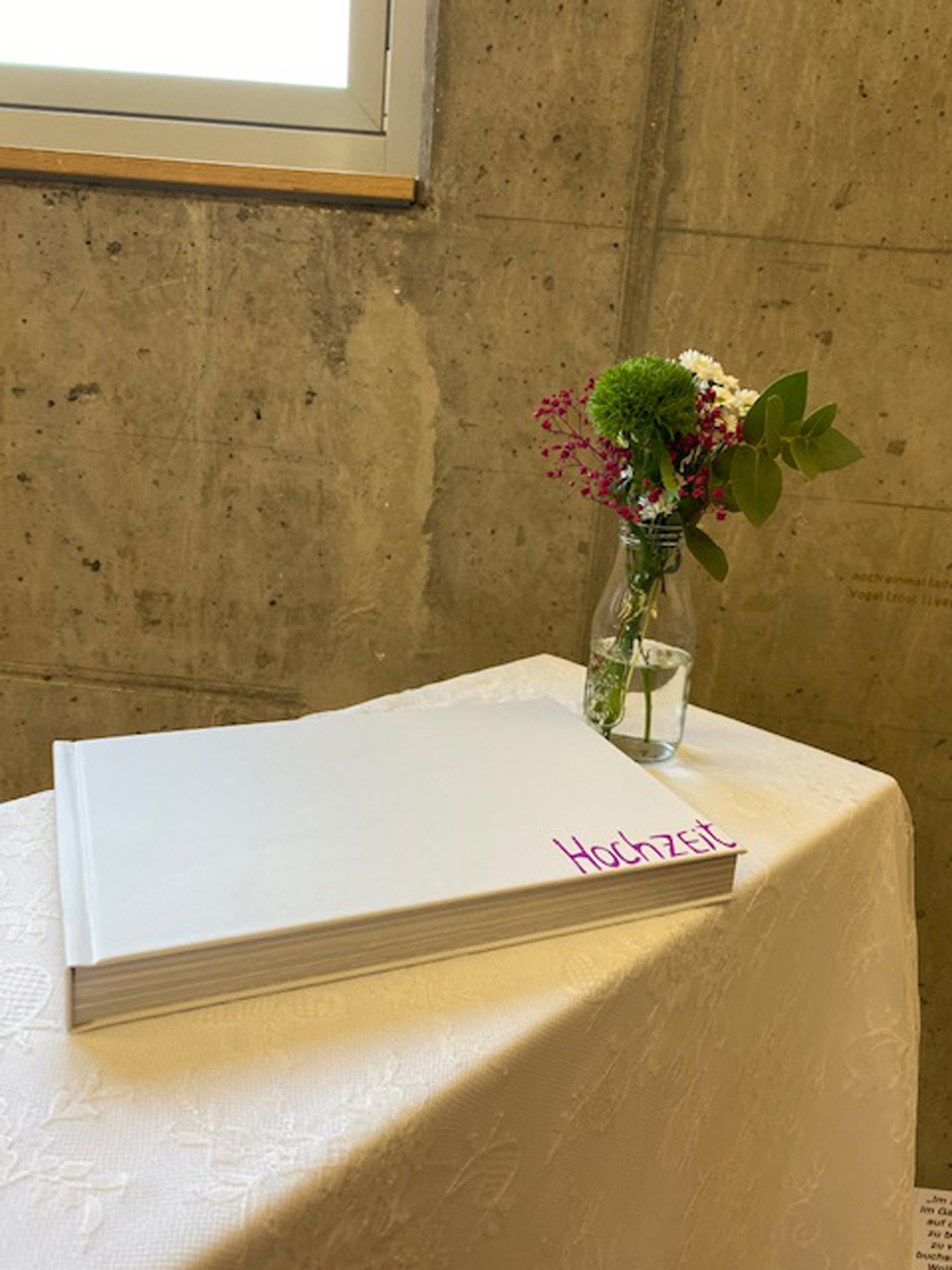